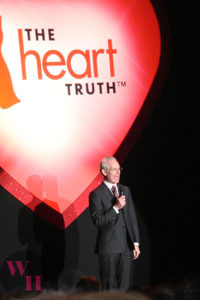 This was my first time attending The Heart Truth’s Red Dress Collection 2009 and it was an amazing way to kick off fashion week. Stars who usually sit front row were front and center on the red catwalk, donning stunning red designer dresses to raise awareness about heart disease in women. 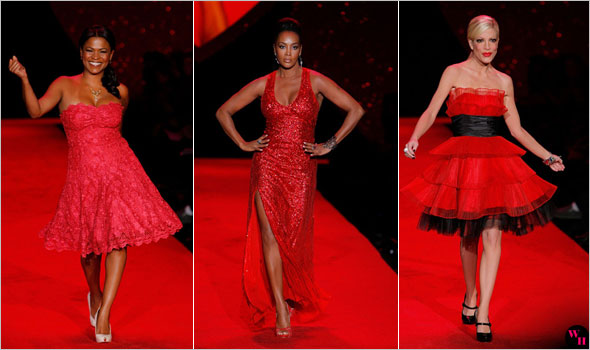 The crowd was treated to animated dances down the runway from Cicely Tyson in B. Michael, Dancing With The Stars co-host Samantha Harris in David Meister, Valerie Bertinelli in Christian Siriano and soap opera megastar Susan Lucci in Gustavo Cadile. 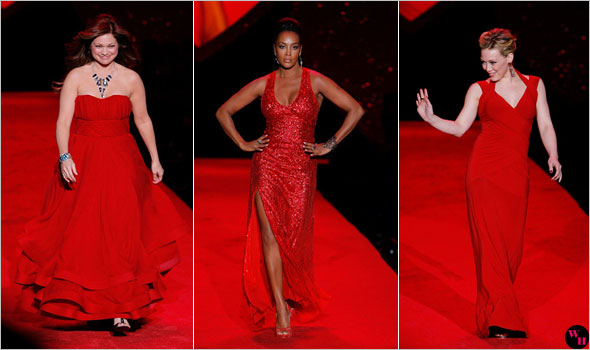 Athletes got in on the glam act as well, with figure skater Kristi Yamaguchi in Vera Wang and Olympic gold medalist Nastia Liukin in Max Azria both modeling in the show. 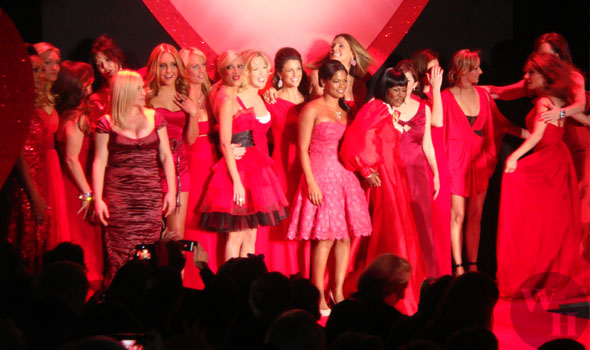 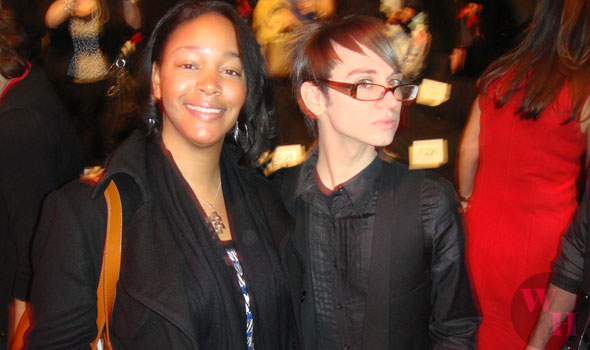 About The Heart Truth:

The Heart Truth created and introduced the Red Dress as the national symbol for women and heart disease awareness in 2002 to deliver an urgent wake-up call to American women. For the first time ever, a selection of the designer dresses seen on the runway will be auctioned online in February through a partnership with Clothes Off Our Back. The Red Dress reminds women of the need to protect their heart health and inspires them to take action. Each February since its launch, the Red Dress symbol has come to life the runway with the support of the fashion industry and celebrity models at the Red Dress Collection Fashion Show.

Find out much more about women’s heart health at the The Heart Truth.