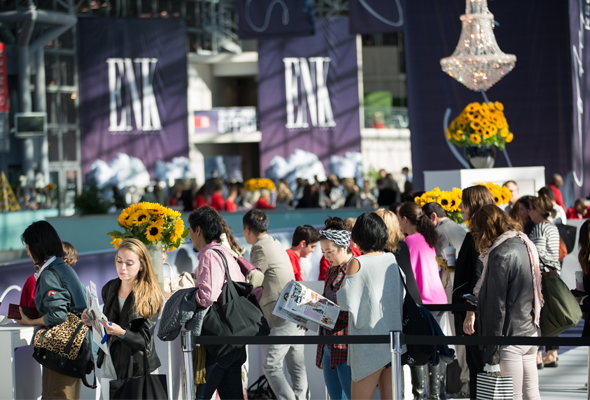 After the show comes…the selling and buying! Once New York Fashion Week comes to an end, all of the brands that just showed their wares on the runway head on over to Coterie and Sole Commerce to sell those looks to major department stores and boutique buyers. Produced by ENK, the fashion industry’s leading tradeshow producer, Coterie is one of the largest fashion tradeshows.

I attended the three-day event as a press VIP, courtesy of Seventh House PR. After my car picked me up at home, I headed over to at the Javits Center to check out over 1,500 exhibitors, including Ready-to-Wear, Eveningwear, Accessories, and Footwear designers. I was in for a busy day of browsing what’s hot for next season and getting to know some of the new designers. Just outside the hall, buyers and editors were greeted by a vibrant gift lounge area full of Jonathan Adler’s holiday gifts (candles, coasters, brass objects and pillows) available for wholesale purchase. The designer said: “Everyone needs more style, craft and joy in their lives, and our groovy giftables are the perfect finishing touch for every chic shopper!” 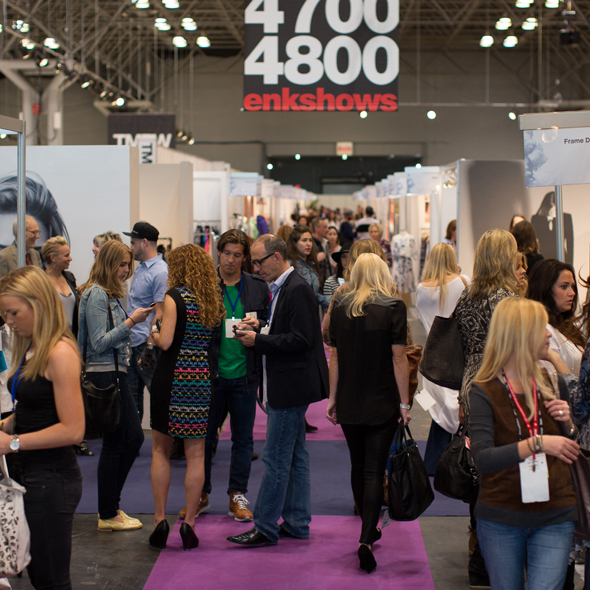 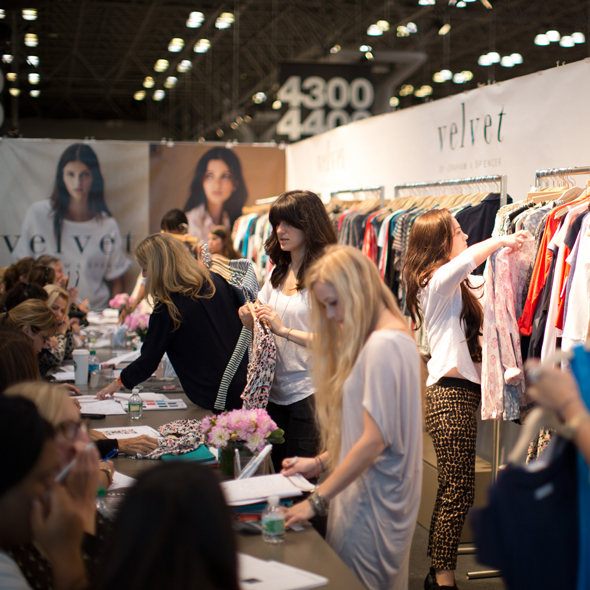 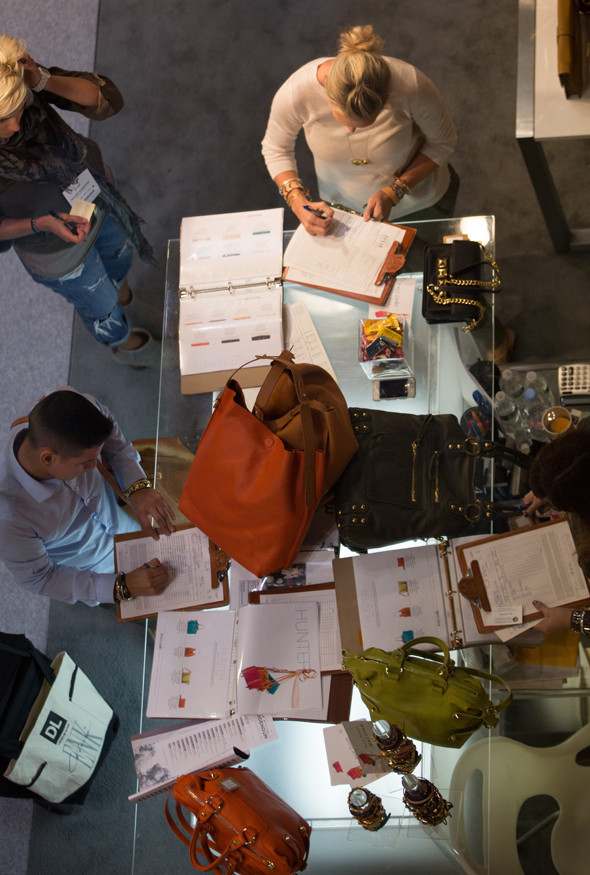 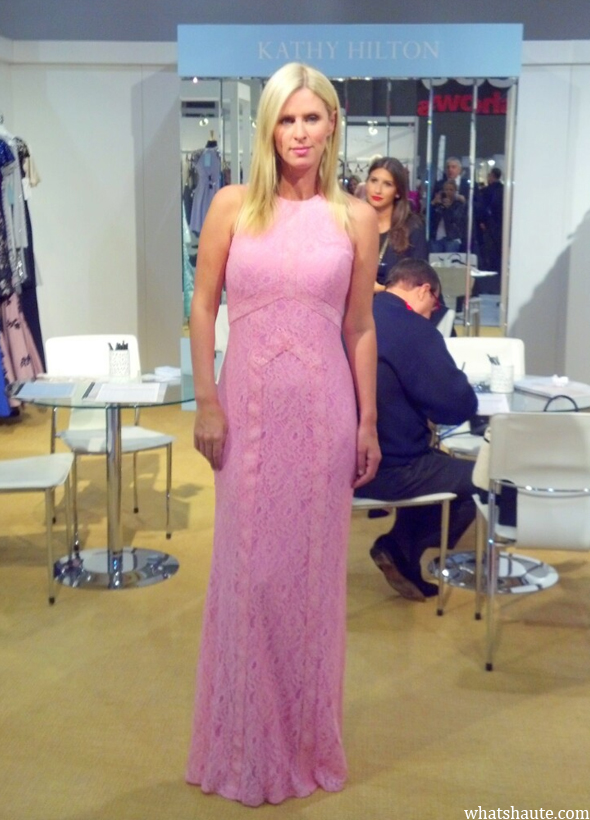 Some celebrity designers were in attendance, too. I spied Whitney Port milling around in her Whitney Eve booth, plus Nicky Hilton drew a crowd outside her mom Kathy Hilton‘s eveningwear booth, as she modeled the gown. Real Housewives of Beverly Hills star Kyle Richards was also seen running around to assist her sister. A few other designers I spotted manning their booths were Tadashi Shoji, Cynthia Sakai of Vita Fede and Isaac Manevitz of Ben-Amun Jewelry. 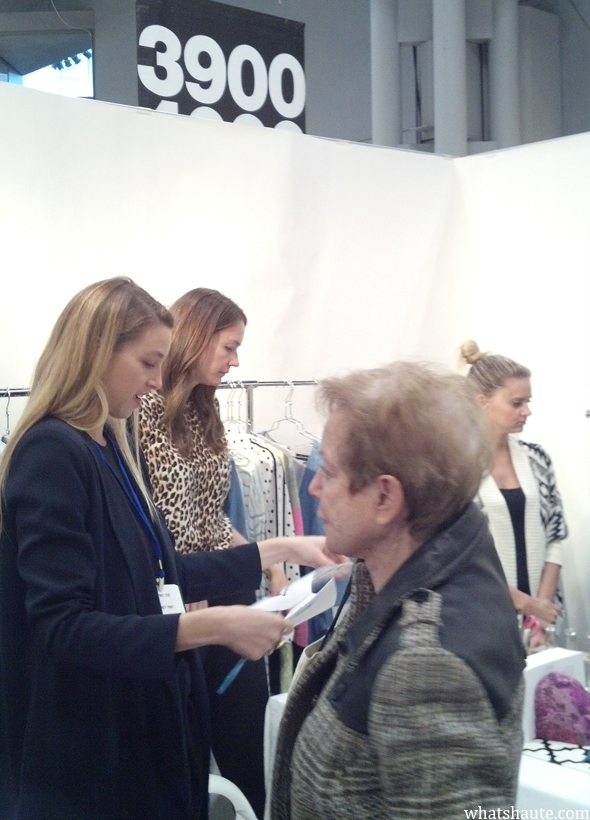 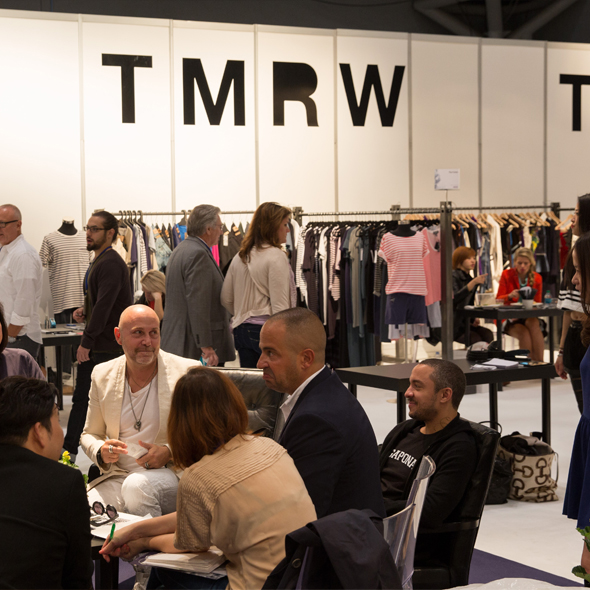 Special thanks to Seventh House PR for the invite. See you next season!