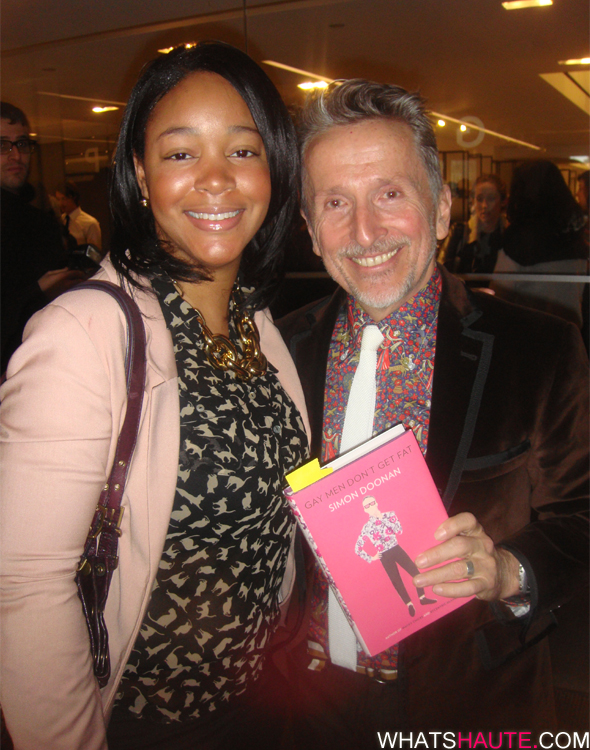 Me with Simon Doonan

In case you didn’t know, Simon Doonan is an absolute riot. From his unique sense of style to his wicked personality, he can help you get dressed and look fabulous AND show you a good time. You may know him best as the Creative Ambassador-at-Large at Barneys, but he’s also appeared on shows like America’s Next Top Model and Gossip Girl, has been a commentator on VH1 and also is a freelance writer and author. In short, he wears many hats. His latest piece of work is his new title: Gay Men Don’t Get Fat. This book of humor is said to be “the ultimate approach to a glamorous lifestyle” and Simon guarantees you’ll laugh so hard you’re bound to lose a few pounds! After all, Joan Rivers said she split her Spanx while reading it! 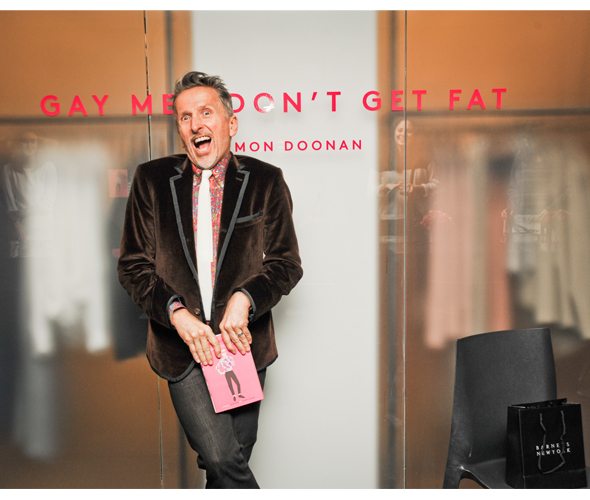 At a private event at Barneys, Simon read an excerpt from the book. Plus, he shared random thoughts on fashion and style, food and fitness. And of course we got some interesting tidbits. Read on to see what Simon had to say: 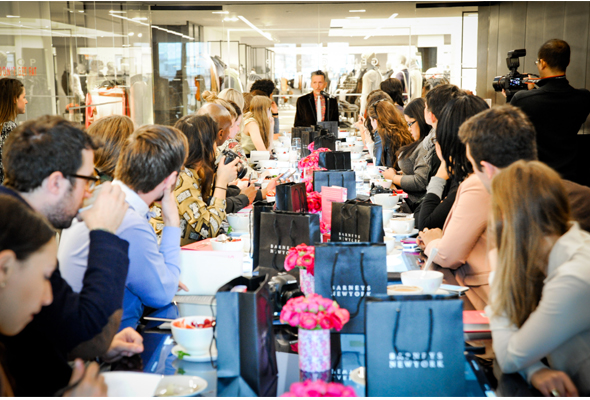 1. This is the most demented book he’s ever written.
2. He’s currently working on his next book which is going to be highly provocative.
3. He believes there are not four food groups, but two – gay food and straight food. An oversized beef burrito is considered straight; pastel colored macaroons are the gayest of all foods.
4. His favorite designers include Alexander Wang, Romeo Gigli, Vivenne Westwood, Rei Kawakubo, Azzedine Alaïa and Paul Poiret.
5. He thinks there are three key fashion looks for men: Perverse prep (like Band of Outsiders); Heritage Henry look (like Carhart, Woolrich and Levis) and Shore style (like Ed Hardy and Abercrombie and Fitch).
6. He doesn’t hate any forms of fashion because he believes it’s all part of the social landscape.
7. His favorite high fashion style icons are Daphne Guinness and Tilda Swinton.
8. He thinks popular style icons include Paris Hilton, Marilyn Monroe and Kim Kardashian.
9. Style not same as fashion.
10. The photo of Nicki Minaj and Anna Wintour at Fashion Week is ‘poetry’ to him.
11. He loves to work out and stay fit.
12. His favorite ‘It’ item at Barneys this week – Tabitha Simmons snake boots.
13. His favorite male celebrity style icons are Cee Lo Green who always looks fabulous and 70’s singer Sylvester
14. He thinks juice cleanses are a bit masochistic and can’t understand why people drink that ‘green bile’.

We’d have to agree. 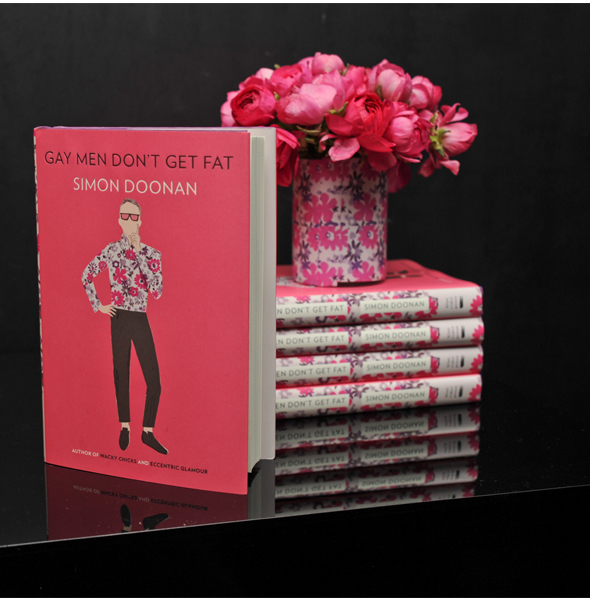