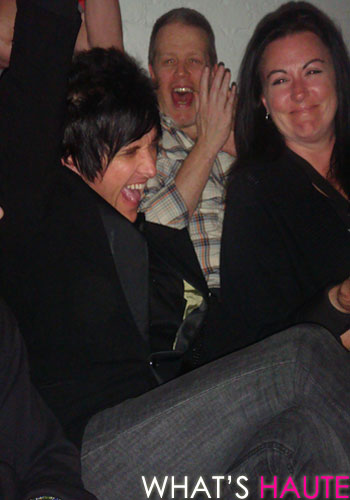 Sadly, another season of Project Runway comes to an end, but I got the incredible opportunity to spend the evening watching the finale at a party hosted by Bluefly and this season’s contestant Anthony Williams and season three contestant Laura Bennett. Can you say amazing? The party was held at Bennett’s fabulous two-story loft and her husband and kids mingled with the crowd. The environment was intimate, yet fun and fab – with an assortment of chic fashionistas, sushi, cocktails and cupcakes and Project Runway fan favorites! I spotted Anthony and Laura, of course, Seth Aaron Henderson, Maya Luz, Kevin Christiana, Kelly Cutrone(!), Epperson, and Althea Gibson, along with some of my favorite bloggers – Kristin from Fashion.Style.Beauty. and Dina from Eye 4 Style.

Throughout the show the crowd was treated to Anthony’s entertaining sidebar comments and the fabulous garments coming down the runway. If that wasn’t enough to satisfy your fashion fix, pieces from Laura’s final collection were also on display in her loft and if you thought they were amazing on TV, they were even more incredible in person. Project Runway has discovered some truly talented designers. But back to the show – we were on the edge of our seats waiting for them to announce the winner – even Seth Aaron had to get a glass of wine! But when it was revealed, he and his wife and children shared a moment and the crowd cheered! His looks were definitely the crowd favorite!

I chatted with Seth Aaron right after his win was shown on TV. We spoke about what he’s doing now – currently a mix of media and press tours to talk about winning the show, and between the time the show ended until now, he was sewing original pieces and doing trunk shows throughout Portland, Oregon, which sold out every time! And I’m not surprised – who wouldn’t want a Seth Aaron original?

What’s next for Seth Aaron? Well, he said that he’s currently looking for a manufacturer in Los Angeles, hired a sales rep, and is already planning shows at both New York Fashion Week AND London Fashion Week! When I asked him about his inspirations, he said that he doesn’t go out seeking inspirations – rather, it just comes to him. And I asked him about his Tim Burton-style pieces. He said he’s a huge fan of both Burton and Rob Zombie films as well, and loves his own ‘dark’ aesthetic that he injects into his clothes. I love it too – it’s fun and fanciful and stunning – on the runway and off. I definitely can’t wait to see what happens next for Seth Aaron. I’ll be watching. And wearing, hopefully very soon.

Editor’s note: I chatted with Anthony Williams who is designing a handbag line (check out his gorgeous gold jeweled bag below) and Kelly Cutrone about her new YouTube TV channel with BFF Justine Bateman. Both were absolute sweethearts! 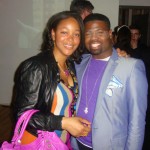 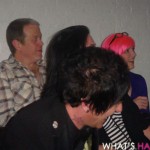 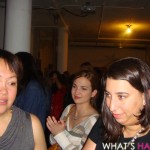 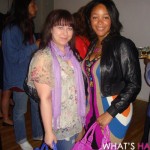 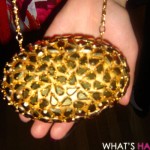 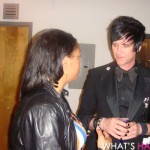 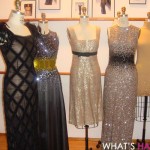 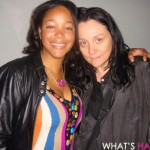