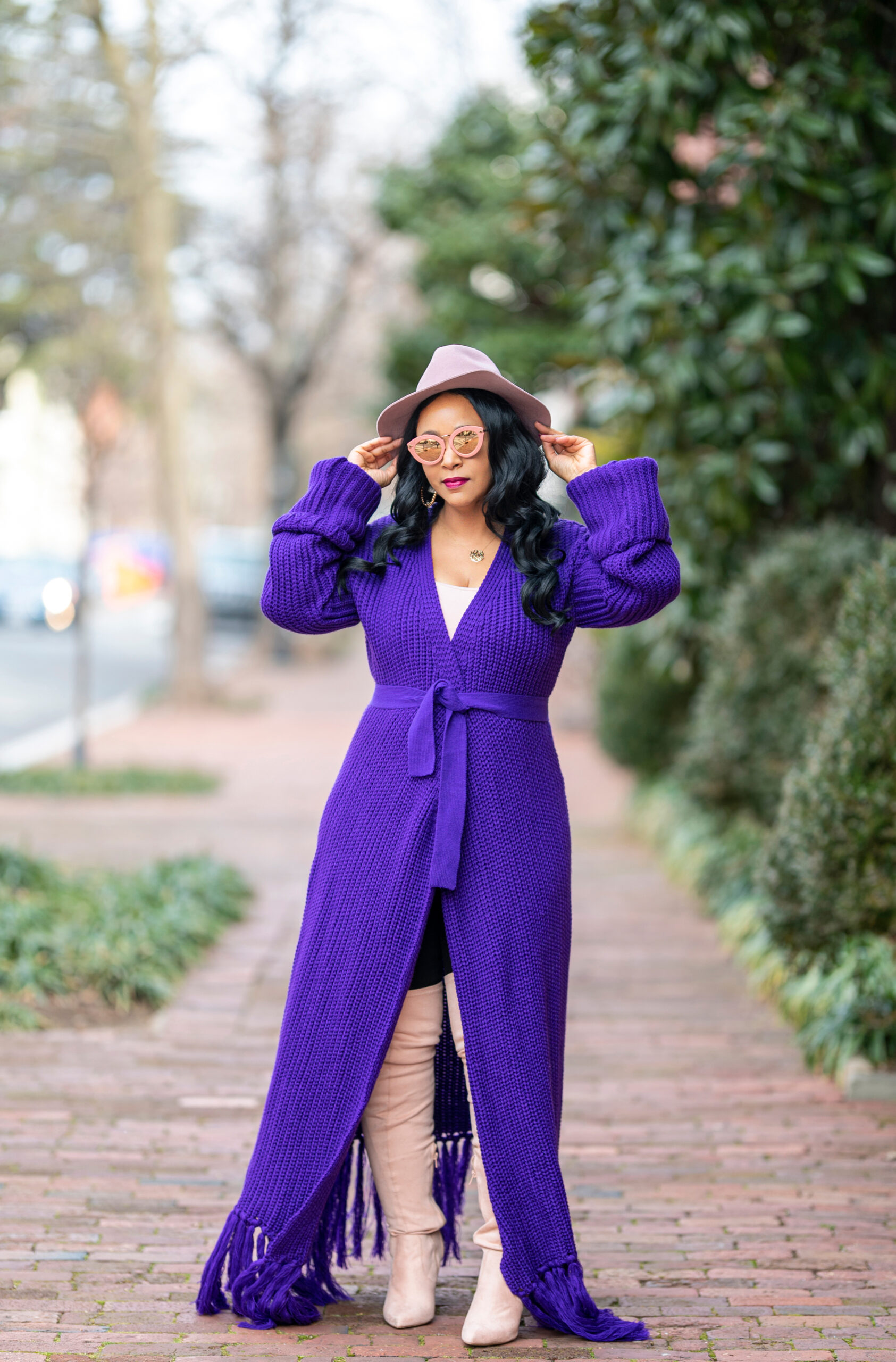 Yesterday, Kamala Harris made history in multiple ways. She was named the first female Vice President of the United States; also the first Black VP and the first Indian/South Asian VP. Her political trajectory and career has not been without controversy, but her iconic and historic achievements outshine it all! You may have noticed that Madame Vice President wore a regal look, in the color purple, at yesterday’s inauguration. She proudly took her oath wearing a chic purple dress and coat designed by CFDA/Vogue Fashion Fund award winner Christopher John Rogers, a Black designer from Baton Rouge, Louisiana. (Shop Christopher John Rogers at Net-a-Porter) 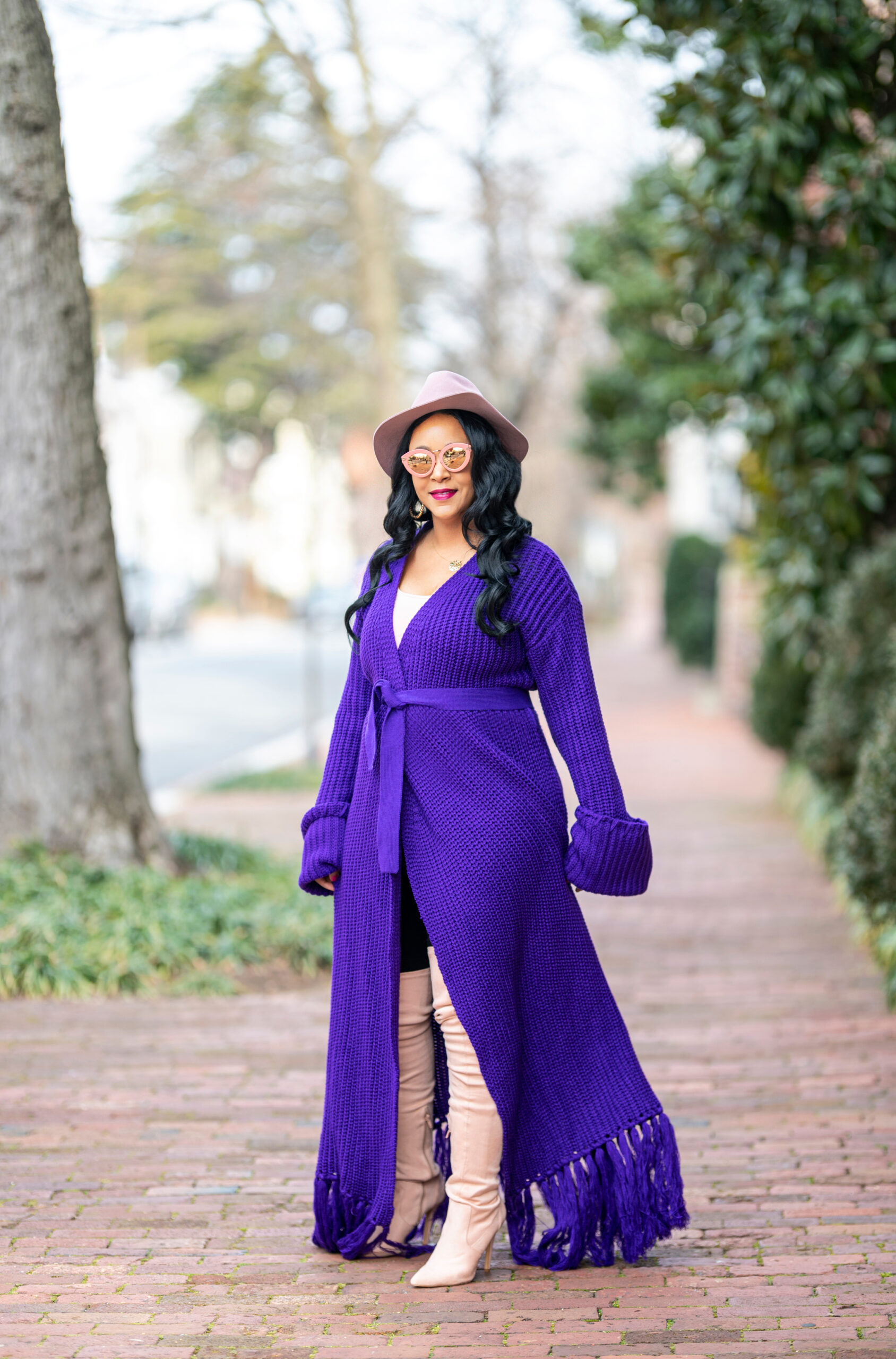 Why all the purple, you ask?

Well, you may know that the color purple symbolizes royalty, dignity, power, and strength. But in the political sphere, purple represents bipartisanship, as it’s a combination of Democrat blue and Republican red. By wearing purple, Vice President Harris set the tone for wanting to unite the parties and division in our country. 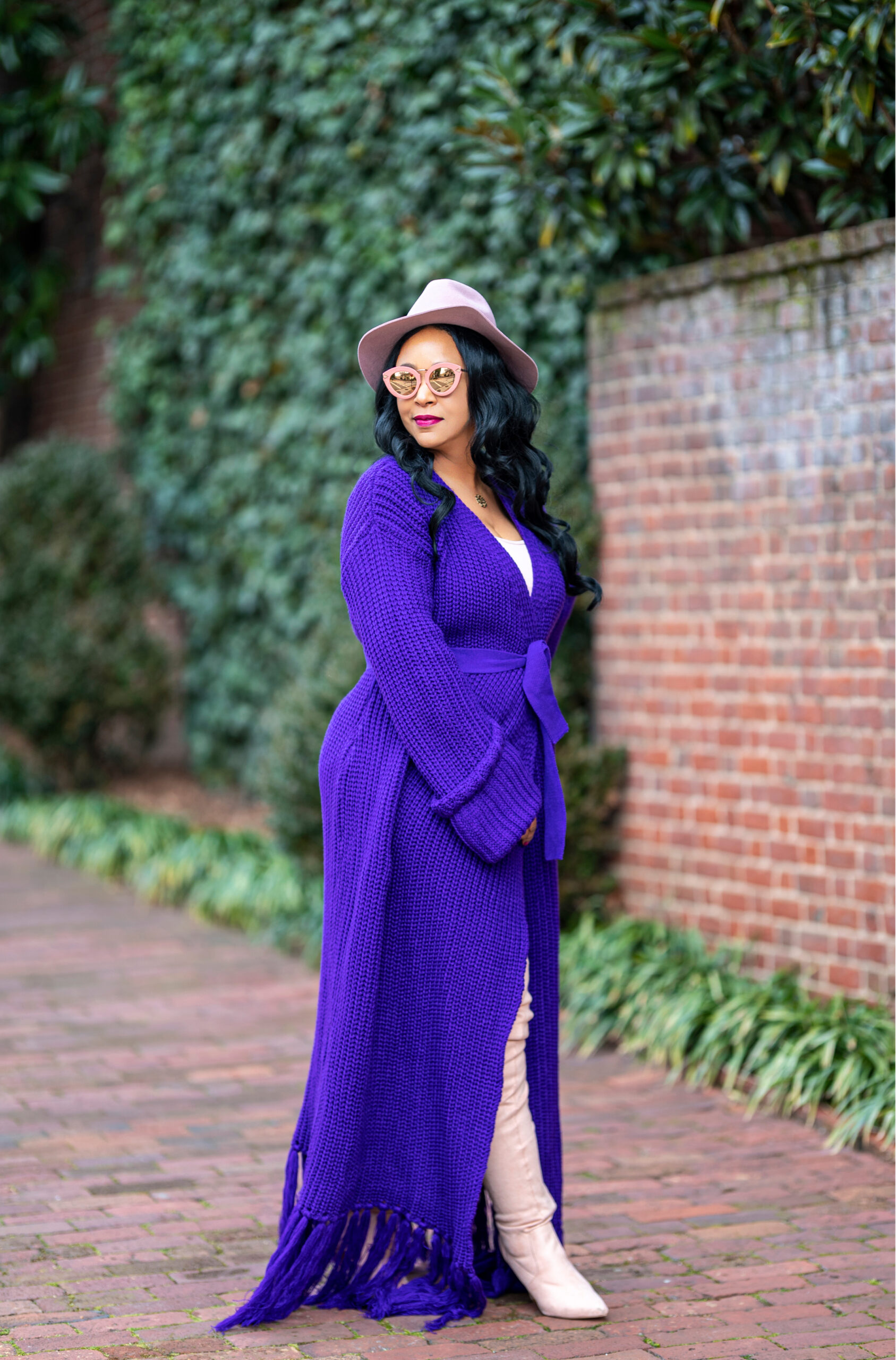 The color purple was also one of the official colors of the women’s suffrage movement. According to the NPS, “Purple is the color of loyalty, constancy to purpose, unswerving steadfastness to a cause. Purple represented royalty and the royal blood that flows in the veins of every suffragette, the instinct of freedom and dignity.”

Additionally, and most importantly, VP Harris wearing a purple look by a Black designer was a respectful nod to both her heritage, and to Shirley Chisholm, the first Black woman to run for President. CNN’s Abby Phillip reported: “Kamala Harris is wearing purple… When she ran for president, one of her colors of her campaign was purple and yellow. That is a nod to Shirley Chisholm who ran for president as a black woman decades ago and has inspired her political career.” 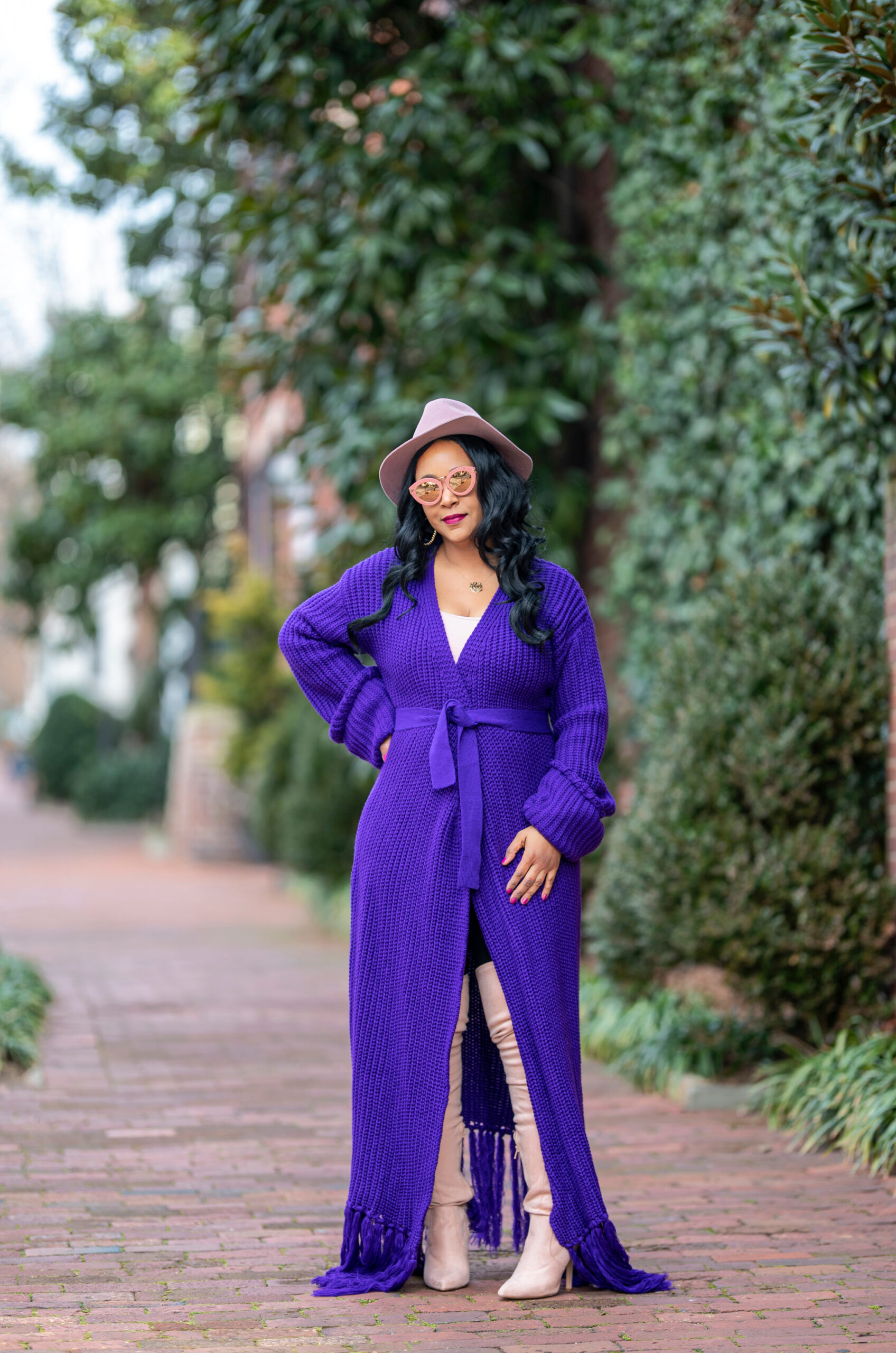 I’ve always loved the color purple as well – it always felt so regal to me. For Christmas, I gifted myself Hanifa’s Miya Knit Cardigan Dress in, you guessed it: the color purple. I snagged it on sale during Black Friday and now it’s one of my new favorite pieces in my closet. I love the coziness of the cardigan, the luxe feel, and oversized fit. And, of course, the designer’s thoughtfulness in creating collections designed to embrace Black women’s natural curves. Plus the designer, Anifa Mvuemba, is incredibly innovative and creative, and I always love to support Black creatives. If you’re not already familiar, check out her amazing collections at Hanifa.co.

This has been an incredibly momentous day, no matter where you sit politically, be sure to acknowledge that history; rather, HERstory was made. Congratulations to both our new President and Vice President!