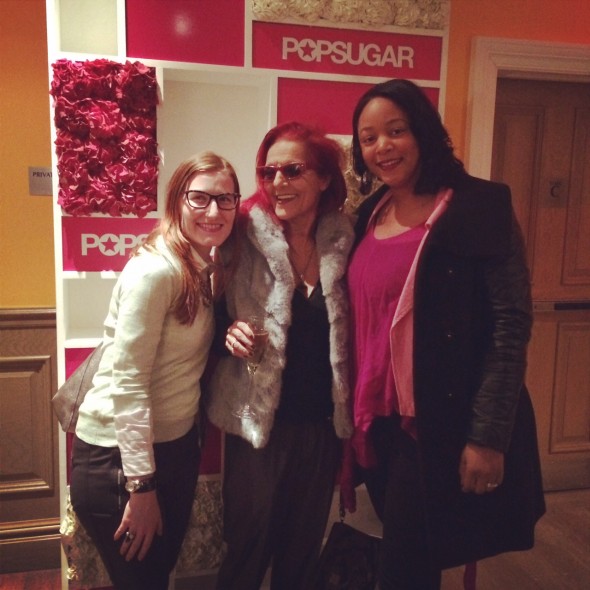 On Wednesday night, I attended a special girls night out hosted by POPSUGAR. The event, held at the posh Crosby St. Hotel, was a special movie pre-screening of “The Other Woman,” starring Cameron Diaz, Leslie Mann, Kate Upton and Nicki Minaj. As I headed into the veue, I first spotted legendary costume designer Patricia Field (!) who costumed the actresses for the film and of course was responsible for all the amazing fashions in my favorite show, Sex and the City! I scooted over to ask for a picture and she graciously took one. She was such a sweetheart and almost seemed shocked that all the bloggers were clamoring to take a picture with her! We’re fashion bloggers, so she is one of our icons, naturally!

I mingled with some old blogging friends, sipping on passed champagne and popcorn. And then it was time for the movie. I can’t remember laughing so hard at a film! Leslie Mann played Kate, a ditzy, stay-at-home wife whose husband was cheating on her with Cameron Diaz‘s character Carly, who she later befriended. After some initial awkwardness, the two became friends only to discover that the husband, Mark (played by Nikolaj Coster-Waldau), was cheating on both of them with Amber (Kate Upton‘s character). I don’t want to spoil the movie for you but in short, the three ladies joined forces, accompanied by Carly’s assistant Lydia (played by Nicki Minaj) to take Mark down! 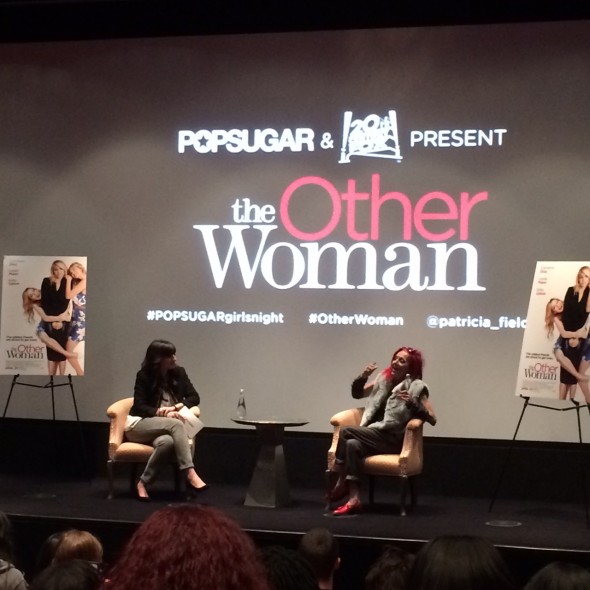 After the movie, we were treated to a special Q&A session with Patricia Field. We asked her everything from her favorite outfits and her favorite show that she costumed, to fashion trends and her preference between working on TV shows and films. Here are a few highlights:

-“You can dress it nice but it’s gotta make you laugh.” – Patricia Field on The Other Woman

-On Leslie Mann’s character: She was inspired by the Kate character who started out as an airhead like a woman from the 50’s – a Charlotte type/Stepford wife/suburban wacky girl.

-On Kate Upton: For Kate Upton, they had to go through about 20 white bikinis before they found the right one.

-On the movie: The physicality of the actresses was hilarious. Like Abbott and Costello, Laurel and Hardy, etc. Leslie and Cameron were great at pulling it off.

-On Nicki Minaj: She thought Nicki Minaj’s costumes were hilarious. Her assistant Paolo dressed Nicki. “She was quite funny. And that body!”

-On fashion trends: The thing about Sex and the City or any other popular show is that they return every week so they become like family and then their styles become trends (like the Carrie necklace or Ugly Betty’s red glasses). The best feature films because it’s a one shot thing it’s harder to do that.

-Her favorite characters to costume were from Crime Story (Michael Mann). Featured real cops in crooks in Las Vegas.

-On costume design: “It’s not a fashion show. I’m not selling a garment or trying to expose a gorgeous dress. I’m just involved in storytelling.” OtherWomanMovie #POPSUGARgirlsnight #ad

-Her favorite fashion items: Her vest from her friend Billy and her red shoes from Paul Smith – what she was wearing at the event. 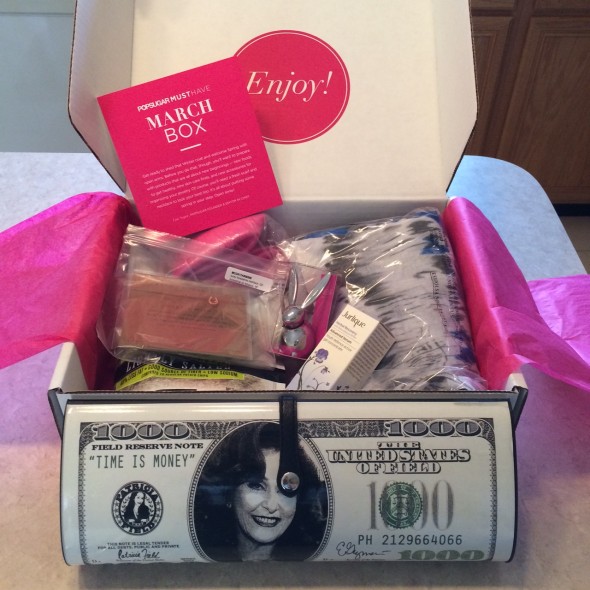 At the end, all bloggers were treated to a POPSUGAR Must Have Box & a Patricia Field clutch! What a great night!

Check out the movie trailer below and make sure you go see the film – it’s hilarious!

Disclosure: This post was sponsored by Fox through their partnership with POPSUGAR. While I was compensated by POPSUGAR to write a post about The Other Woman, all opinions are my own.