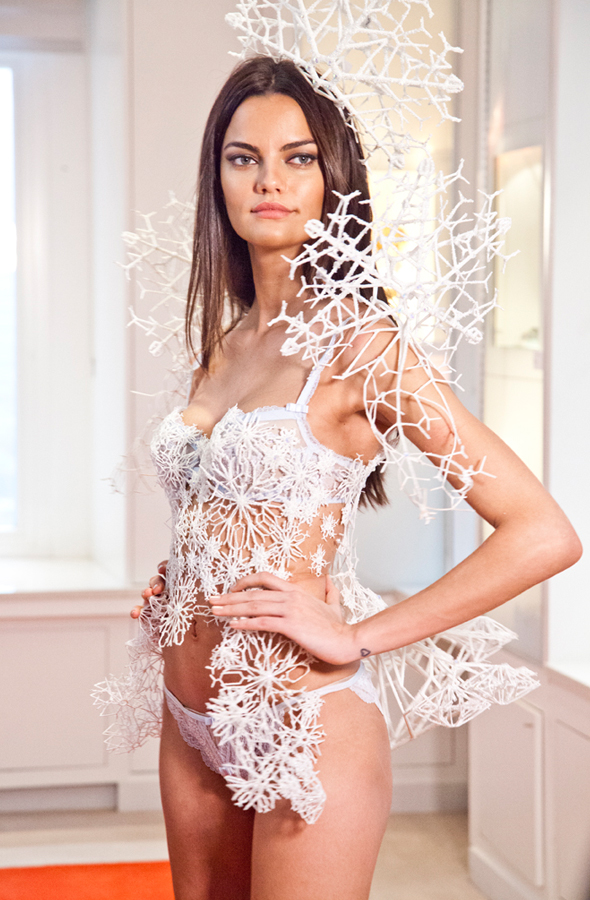 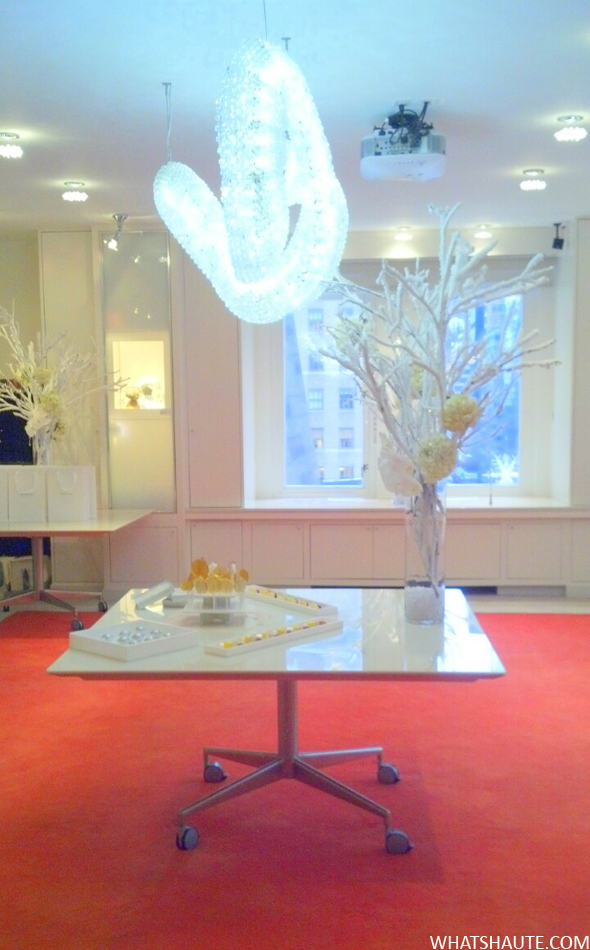 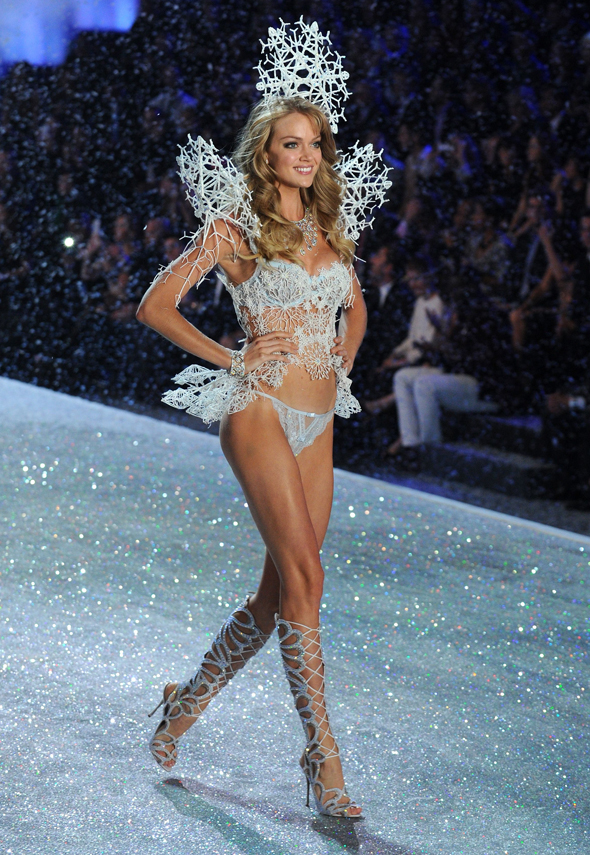 The high-tech costume I saw was specially designed by architect Bradley Rothenberg in conjunction with 3D printing company, Shapeways. To create it, they first took a 3D scan of Lindsay Ellingson‘s body, then used 3D computer printing technology to create the geometric filigree snowflake motif that was then encrusted with millions of Swarovski crystals. The corset-style costume was worn by Ellingson in the Snow Angel portion of the show. In addition to Lindsay’s costume, 20 other sparkly, custom creations will be modeled in the show by some of Victoria’s Secrets’ most famous Angels, like Adriana Lima, Alessandra Ambrosio, Karlie Kloss, Doutzen Kroes, Lily Aldridge, Candice Swanepoel and Behati Prinsloo. All footwear was provided by Nicholas Kirkwood. 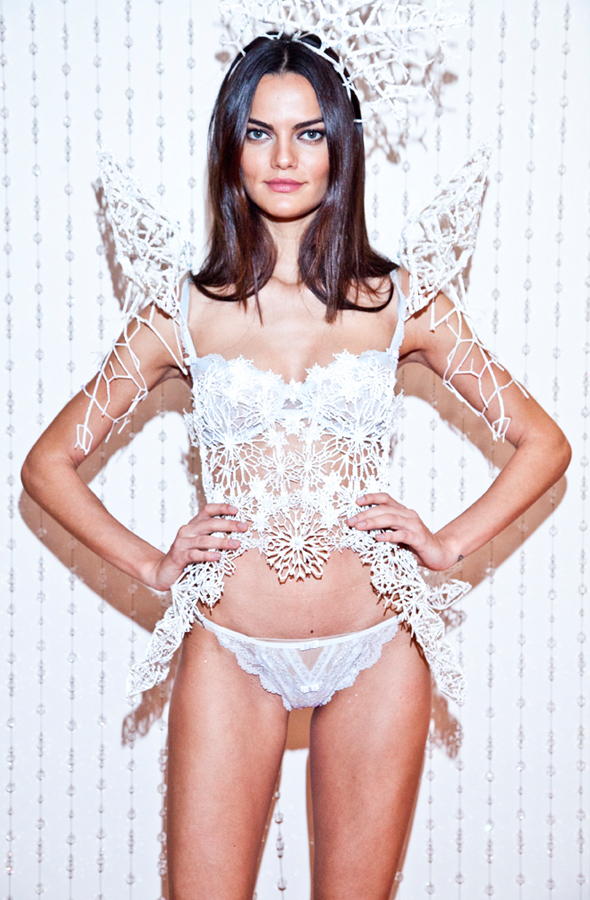 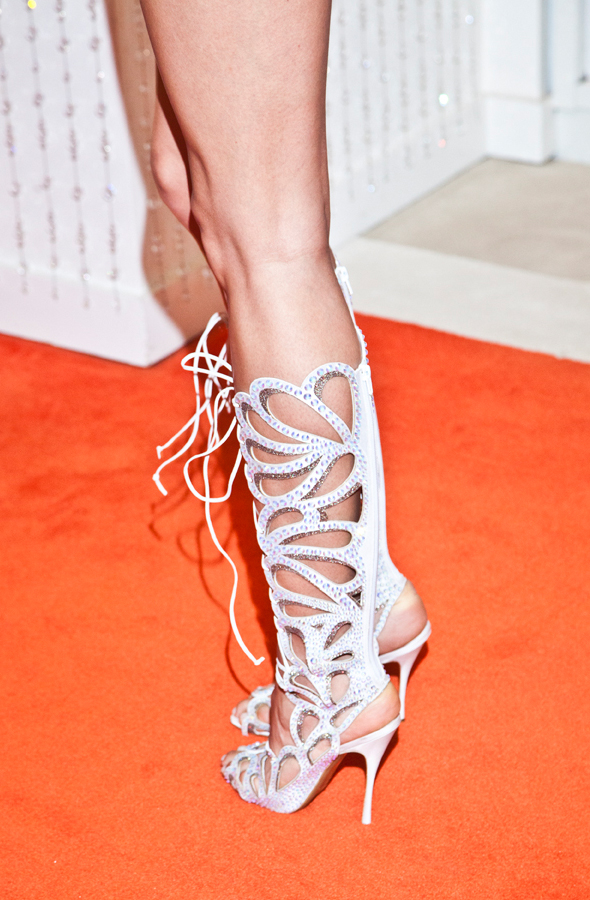 In addition to the dazzling costumes made specially for the show, the exquisite Swarovski crystal-embellished lingerie from the Victoria’s Secret Designer Collection is also available for purchase at VictoriasSecret.com. 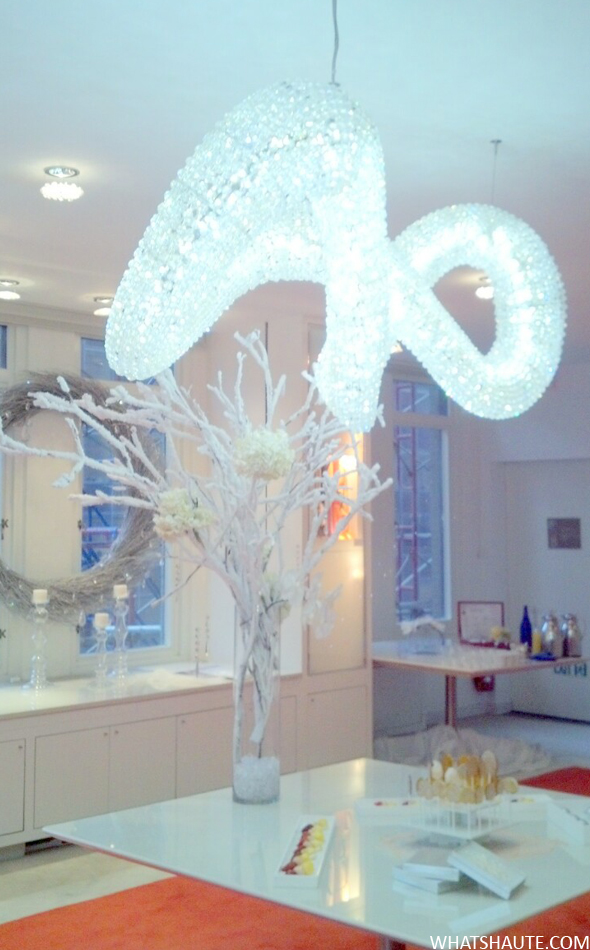 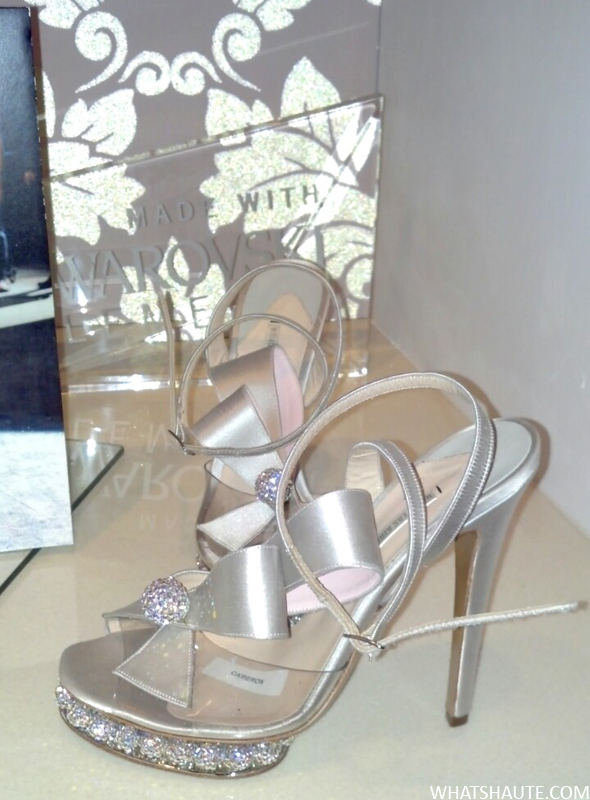 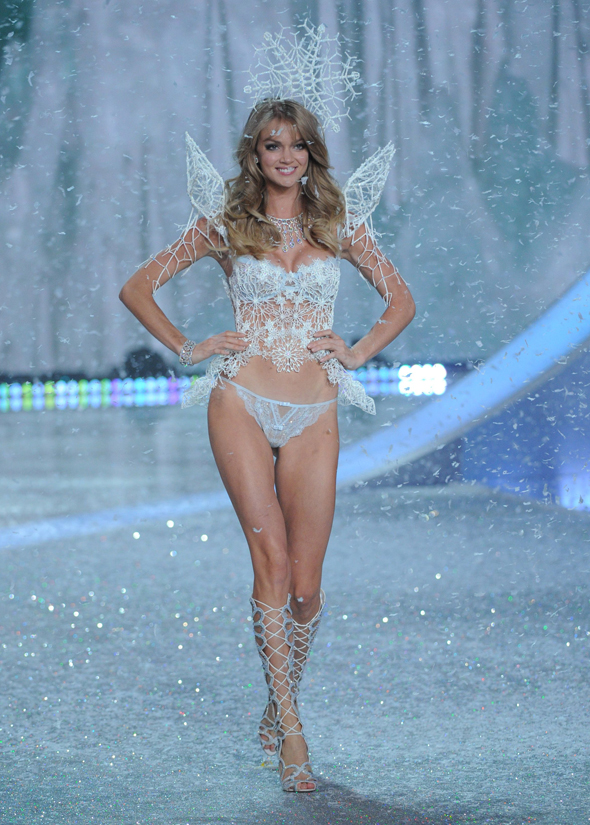 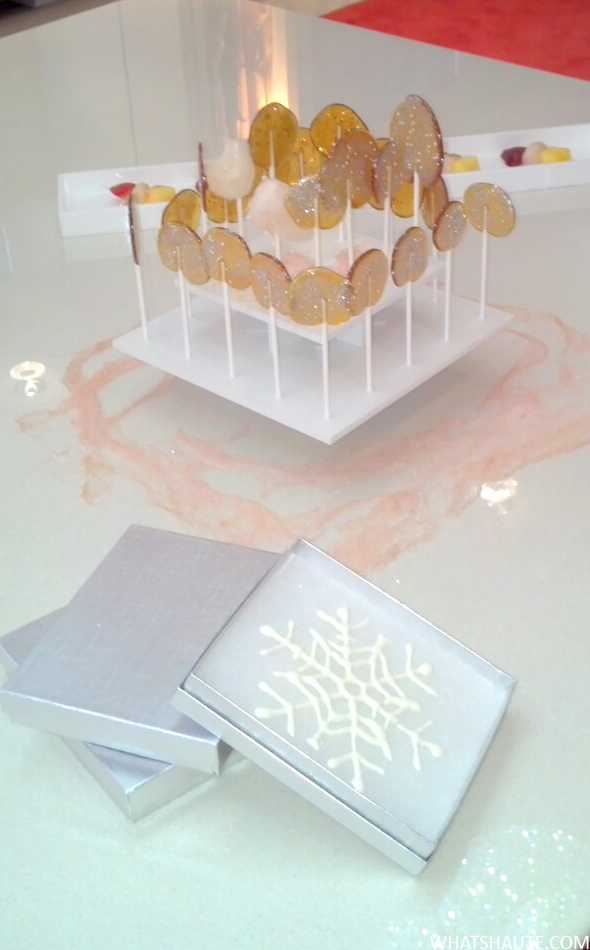