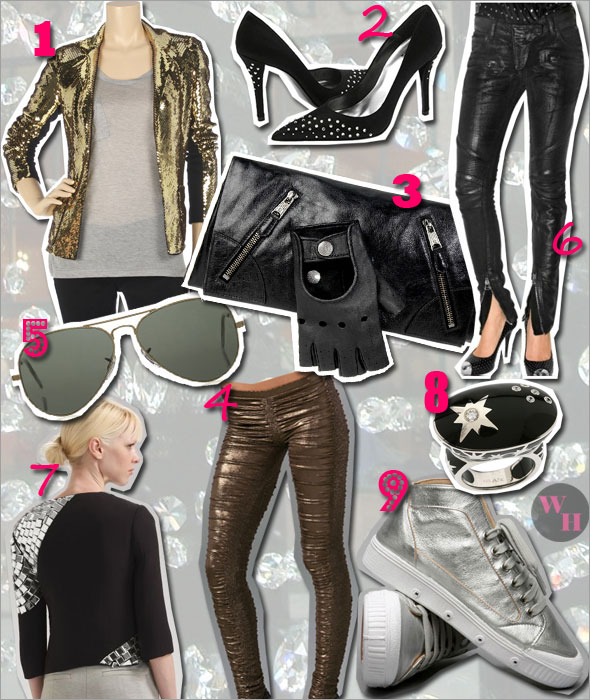 This week we’re paying homage to Michael Jackson – the man, the mystery, the music legend, humanitarian and fashion innovator and icon. Jackson’s unique sound and dance moves may have put him on the map, and his philanthropic efforts kept him there but it was really his fashion sense that really made him stand out and made us take notice. Early on he set trends with prepster looks (like his yellow cardigan and bowtie during the Human Nature era); colorful zippered leather jackets (a la Thriller), then later, sparkly socks and that single jeweled glove. Blinged out military-style jackets covered in sequins and crystals became his uniform alongside cropped black pants. Jackson’s style may have been a little over the top, especially for day to day, but designers and other celebrities paid attention and began to emulate his style. This season’s ever popular Balmain bandleader blazers were insipred by the King of Pop, and celebrities from Beyonce to Rihanna to Kim Kardashian to Victoria Beckham were all spotted wearing Jackson’s signature look. Want to rock Michael Jackson‘s style? Click the links below to cop your own ‘Queen of Pop and Bling’ look. 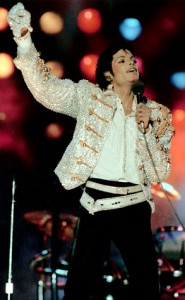