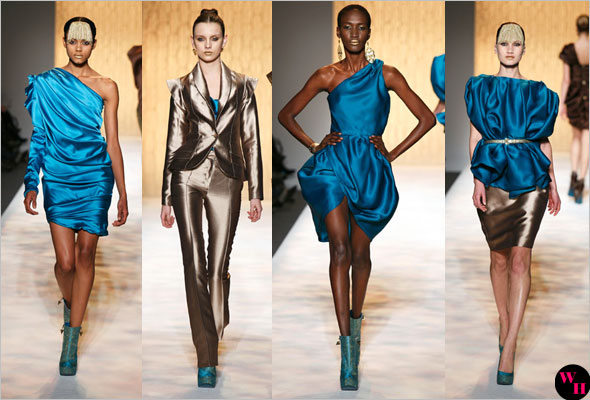 Typically reality show winners suffer the curse of the sudden death of their careers once the show ends. But Christian Siriano seems to have shaken and broken the curse and his meteoric rise in the fashion industry has been something worth watching.

Siriano won last year’s Project Runway and since has reached celeb status, partly due to his fierceness, but mainly due to his incredible talent as a fashion designer. His over the top creations on the show won him fans but we all wondered if he was a one-note. Well, his Bryant Park debut proved otherwise. It was great to see Siriano duplicate some of the things that made him famous but also to see his ready-to-wear pieces that the everyday woman could actually wear.

His color palette consisted of primarily khaki, brown gold and blue tones but that did not limit his imagination. Designing everything from gowns to suits, Siriano certainly put his stamp on every piece in the collection. Present were the expected puffy sleeves and ruffles, but also present were asymmetrically pleated skirts, skinny pants, cape jackets and shirred and ruched satin dresses. 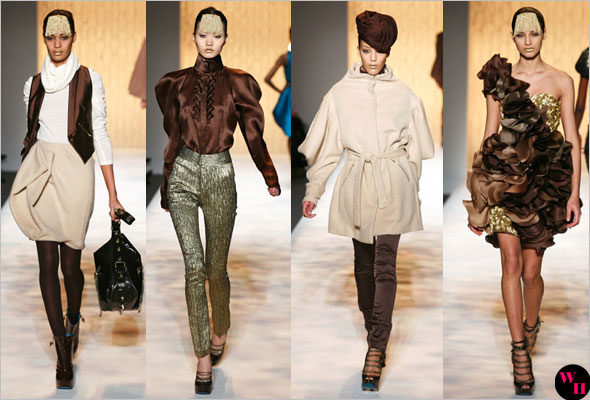 Though you may forget about those other reality show winners, Siriano continues to make his mark on the fashion industry and he won’t let you forget about him and his fierce clothes anytime soon. 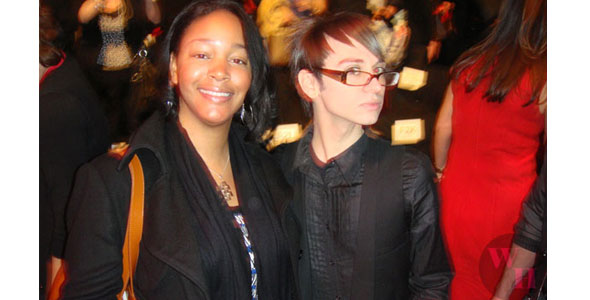 Me pictured with Christian Siriano at Bryant Park