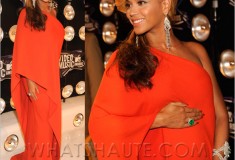 At MTV‘s annual Video Music Awards, we expect Lady Gaga’s outfits to upstage everyone and everything at the show. But not this year. R&B queen Beyonce stole the show walking down the white ‘carpet’ when she held her protruding baby bump letting us all in on a little secret – she and Jay-Z are pregnant! […] END_OF_DOCUMENT_TOKEN_TO_BE_REPLACED 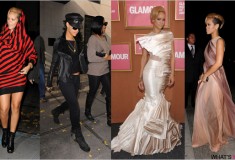 If there’s anyone that can do multiple wardrobe changes without even being on stage, it’s Rihanna. The singer was spotted around town in four, count ’em – four different looks yesterday. First, she was spotted leaving MTV Studios in new York City wearing this Alexander McQueen Asymmetric-Stripe Sweater Dress. She was there to tape an […] END_OF_DOCUMENT_TOKEN_TO_BE_REPLACED 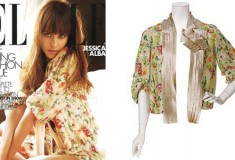 Congrats to Michelle M. of West Covina, CA! She is the winner of a Black Halo dress from Chickdowntown.com and What’s Haute Magazine! Want another chance to win something from Chickdowntown.com? They are the EXCLUSIVE carrier of the Diane von Furstenberg Garden Zaria Jacket (as seen on MTV’s “The City“). This jacket was also worn […] END_OF_DOCUMENT_TOKEN_TO_BE_REPLACED