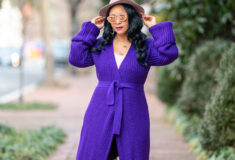 Yesterday, Kamala Harris made history in multiple ways. She was named the first female Vice President of the United States; also the first Black VP and the first Indian/South Asian VP. Her political trajectory and career has not been without controversy, but her iconic and historic achievements outshine it all! You may have noticed that Madame […] END_OF_DOCUMENT_TOKEN_TO_BE_REPLACED 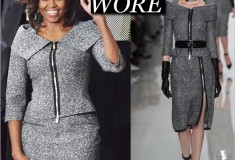 While President Barack Obama delivered his annual State of the Union address, First Lady Michelle Obama stole the show in her chic grey suit! The FLOTUS wore a look that has already been spotted on the fictional political series, “The Good Wife.” Alicia Florrick, played by Julianna Margulies, first rocked this $797 Michael Kors Origami […] END_OF_DOCUMENT_TOKEN_TO_BE_REPLACED 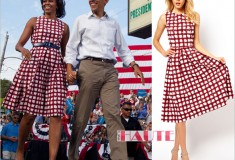 Naturally, anything First Lady Michelle Obama wears quickly sells out. Especially because her style is chic yet affordable and because she wears a lot of mall/e-commerce brands (J.Crew, H&M, ASOS) that are accessible to the average consumer. Although some brands have chosen to ‘archive’ items she’s worn so that the public can no longer buy […] END_OF_DOCUMENT_TOKEN_TO_BE_REPLACED 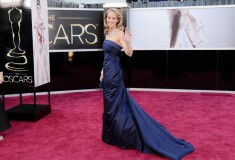 Who were your Oscar winners? We’re not referring to the actual awards – the Academy already picked those. We’re talking about the best dressed celebrities on the red carpet, your favorite looks of the night! Since the Oscars is considered to be the “Superbowl of fashion” the celebs pulled out all the stops, especially those […] END_OF_DOCUMENT_TOKEN_TO_BE_REPLACED