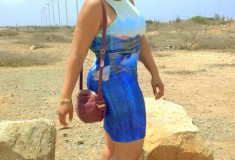 During the summer, I practically live in dresses and it seems like I own more than I actually get to wear. Of course I have my favorites, my staples that I rotate over and over again. But then there are those ‘special’ dresses that you feel the need to wear on just the right occasion. […] END_OF_DOCUMENT_TOKEN_TO_BE_REPLACED

Remember a little while ago when someone in Beyoncé‘s camp accidentally leaked images from a photoshoot in the Bahamas? And the Beyoncé for H&M rumors began? Well it’s been confirmed today! H&M has tapped Beyoncé to star in its summer advertising campaign including TV commercials, print ads and billboards which read, “Beyoncé as Mrs. Carter […] END_OF_DOCUMENT_TOKEN_TO_BE_REPLACED