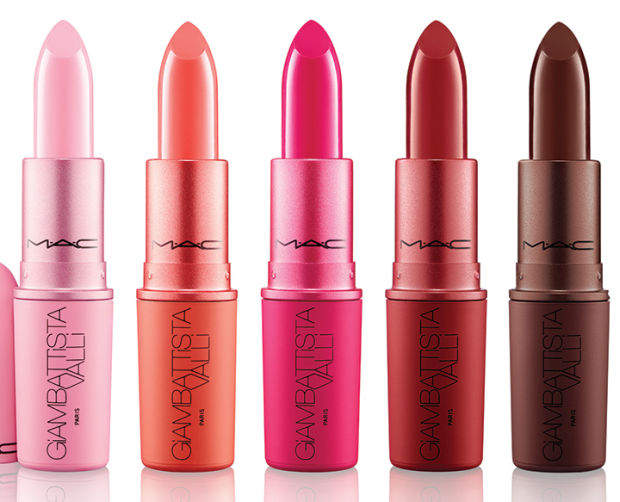 Giambattista Valli co-hosted the Flower Obsession Ball with MAC Cosmetics in Paris to celebrate the launch of the Giambattista Valli for MAC lipstick collection. The collection, available in stores and online tomorrow, July 9, includes five matte lipsticks and a Crystal Glaze Gloss. Each one is inspired by colors used in past collections, and named for Valli muses (Bianca, Margherita, Tats, Charlotte, and Eugenie). (WWD)

Eva Longoria has a hidden talent: she’s a seamstress! The actress, who has been sewing her whole life, is set to launch her own apparel line. She is partnering with apparel manufacturer, Sunrise Brands. The budget-friendly collection launches Fall 2016, and will include women’s apparel, with footwear, handbags and accessories to come at a later date. (People StyleWatch)