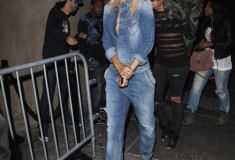 Jason Wu for Target sold out in its first morning! After launching in-store and online, the entire collection was sold out. (But there’s still a few Milo the cat T-shirts online at Target.com). (ABC News) Riccardo Tisci revealed what it was like working with Madonna on creating her Super Bowl performance costumes. He said: “Following […] END_OF_DOCUMENT_TOKEN_TO_BE_REPLACED