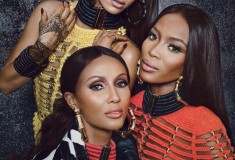 In this week’s haute news: Rihanna gets her supermodel on in the September issue of W Magazine. She’s on the cover and also in several editorials alone, and alongside legends Naomi Campbell and Iman, all dressed in Balmain. Balmain’s creative director Olivier Rousteing gets in on the action, too. #THATSHAUTE. (Rihanna’s Twitter) Christian Louboutin launched […] END_OF_DOCUMENT_TOKEN_TO_BE_REPLACED 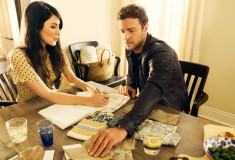 In case you missed it: Have you seen Michelle Obama’s prom photo? The First Lady admits that the split in her gold dress was just “a little high.” Ed: We think she still looks fab in this retro photo. (Essence) Photo: Splash News Singer and actor Justin Timberlake is now dabbling in home decor & design. […] END_OF_DOCUMENT_TOKEN_TO_BE_REPLACED