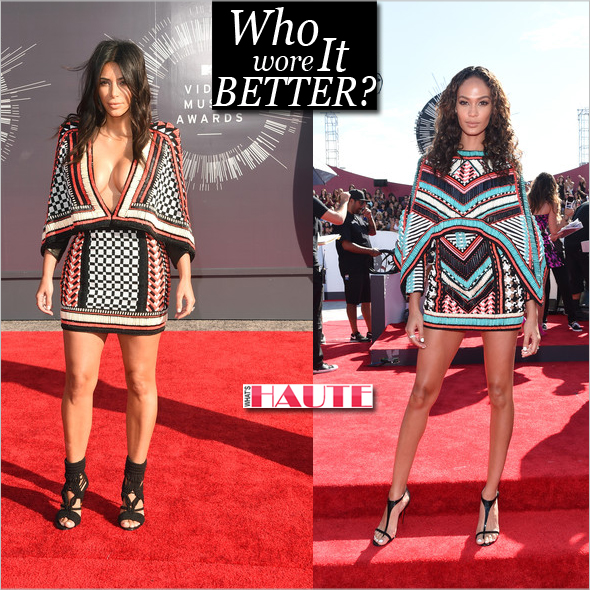 You might not be familiar with the name Olivier Rousteing but you’ve certainly seen his work all over red carpets everywhere. As the Creative Director for Balmain, Olivier has really reinvented the brand and uses all his celebrity friends, everyone from Rihanna to the Kardashian klan, to model looks from his upcoming collections. At last night’s VMAs, half of the celebs there were dressed in Balmain, including Kim Kardashian and supermodel Joan Smalls. The ladies were dressed in similar looks from the Balmain Resort 2015 collection. 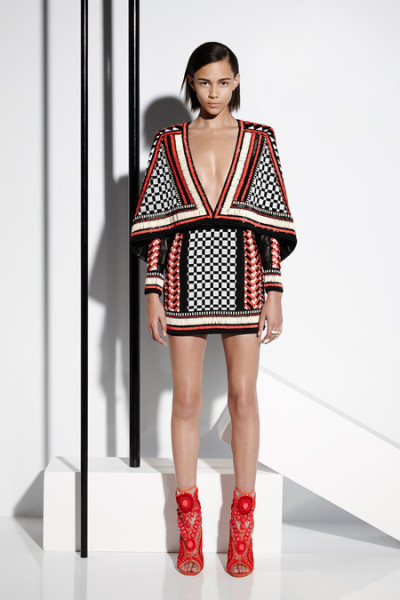 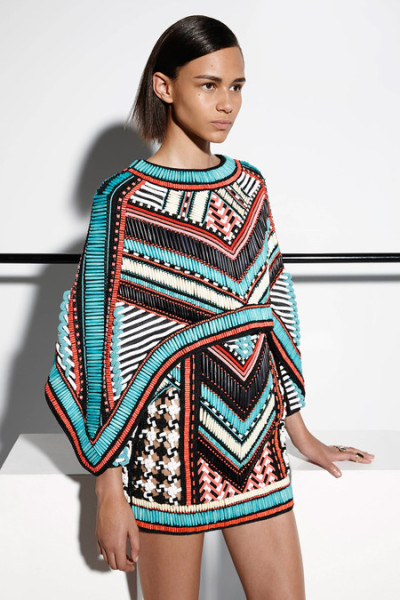 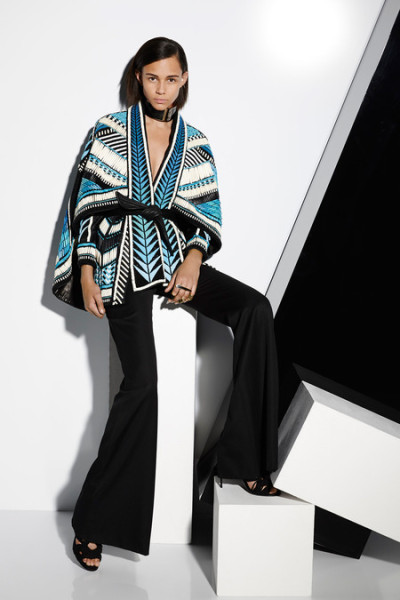 The collection was said to be inspired by the designer’s trip to Los Angeles and the seventies, resulting in lots of beaded ponchos and “Native American motifs“. Both Kim and Joan rocked beaded bodycon dresses from the collection featuring poncho-style capes in graphic prints. Kim’s orange, black and white dress featured a deep V at the front, displaying her ample cleavage. She paired it with Balmain Braided Rope Sandals. Joan’s dress featured a reverse cape which covered her completely in the front. 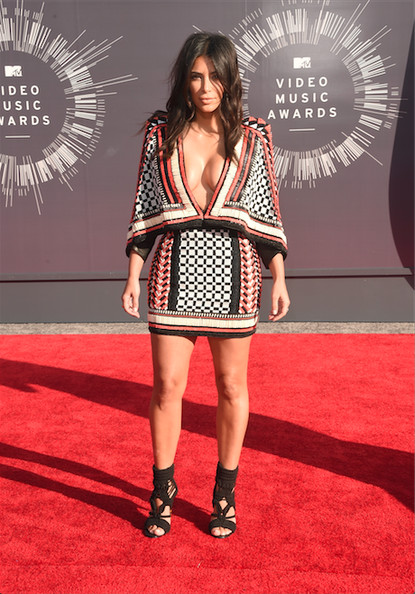 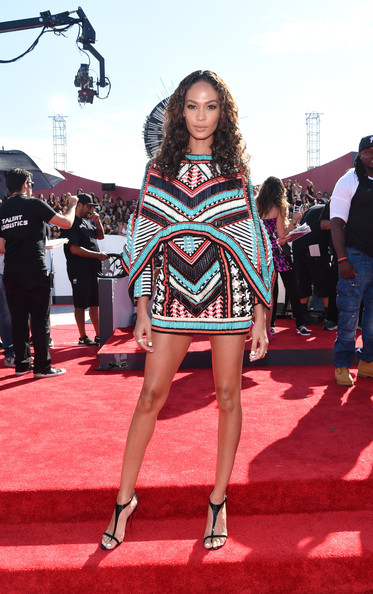