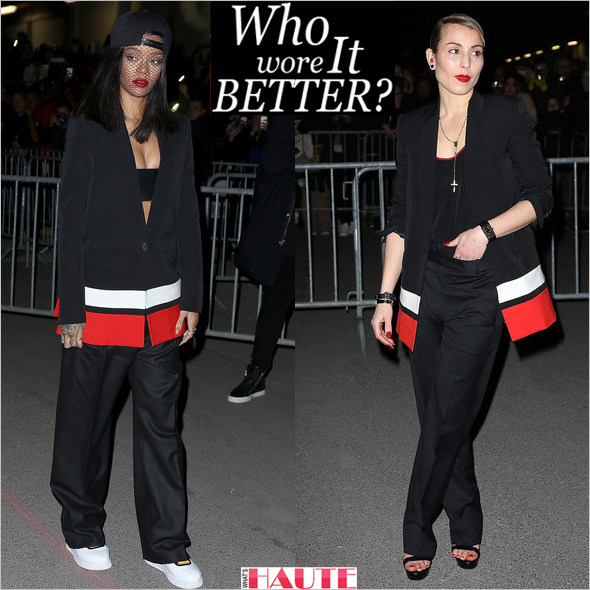 In the celebrity world, it’s the biggest fashion faux-pas to show up wearing the same thing as someone else. But it happens to even the biggest celebs.

Actress Noomi Rapace also attended the Givenchy show. She also wore the colorblocked blazer paired with black trousers but opted for open toe black sandals instead of sneakers. Her look was more casual with a loose black tank top and cross necklace, and she also rocked a red lip like Rihanna.

The look from the runway: 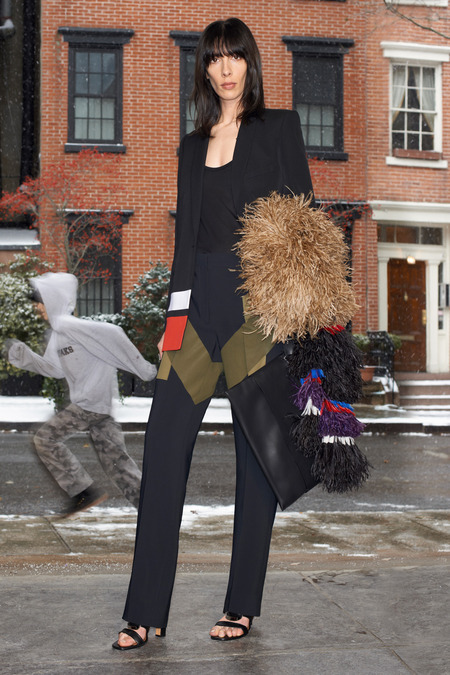 Love the way both ladies styled the boxy blazer, but who do you think wore it better: Rihanna or Noomi Rapace in Givenchy?