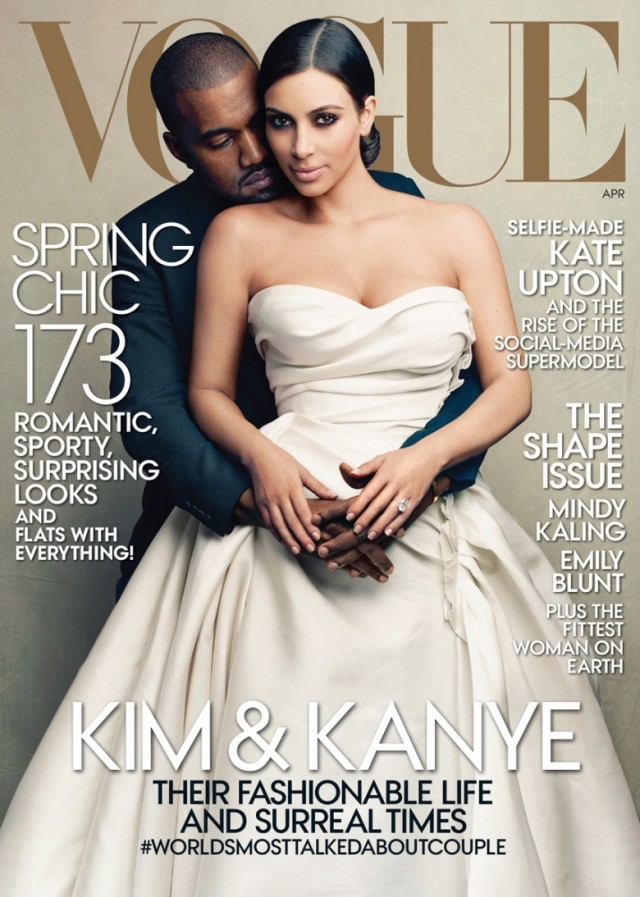 For months, it has been rumored that Kanye West has been buddying up with Vogue Editor in Chief, Anna Wintour, in a campaign to get his girl/fiancee/baby mama, Kim Kardashian, on the cover. Well now both of their dreams have come true. The “#WorldsMostTalkedAboutCouple” (not Jay-Z and Beyonce?) are on the cover of Vogue’s April 2014 issue; Kim in a Lanvin wedding gown and Kanye in a suit. the editorial was shot by famed photog Annie Leibovitz. And in a behind-the-scenes video, we see them posing on the open road, against his black Lamborghini Aventador, on a private jet, and with baby North West, while she dons various designer gowns and he wears his usual designer duds. I have to admit, they look like one beautiful, happy family.

What do you think of Kim and Kanye on the cover of Vogue Magazine?